Before her first radio gig, Whitney heard a DJ who sounded like a woman that wanted to steal your boyfriend. If Whitney was going to be a DJ, that was not the sound she was going for. KATA in Eureka, California was the first station to give her a shot on the air. There, Whitney spent 2 years in place of that exact girl that wanted to “steal your boyfriend.” When she had enough of the northern California rain, Whitney headed south to San Diego. Warming up not just in the sun, but on CHR’s two hottest stations, nostalgia, AC and her first foray into country. Then the call came in…

Pirate Radio in Los Angeles. No two better things could have happened at the same time in Whitney’s life: a ground-breaking station being led by Scott Shannon,  in her hometown of Los Angeles where she always dreamed of making it BIG. Then KIIS-FM in Los Angeles came along. For 3 years she hosted nights, middays, filled in and even co-hosted some mornings with the legendary Rick Dees. Still…there were bigger plans to come.  Blair Garner who worked at KIIS with Whitney, left to start his syndicated show “After Midnite.” He asked Whitney to join him, so she became the host of “After Midnite Weekends with Whitney Allen” for 8 years, on over 200 country stations.

Staying in her hometown, Whitney became the afternoon drive host at KZLA… but she was already bitten by the syndicated bug. So with only weekends free, “The Big Time Saturday Night” was born. As the business goes, KZLA flipped formats. Instead of dwelling on the past “The Big Time with Whitney Allen” was launched, and now, 6 years later, Monday through Friday on 150 stations.

Now, 6 nights a week, on The Big Time and The Big Time Saturday Night, Whitney hangs out and occasionally…ok, often,  harasses listeners and artists. She gives credit to the chaotic (and usually drunk) team behind her, because The Big Time is too BIG for one person to handle. It really takes listeners, artists, music and a dream team to make Whitney’s  dream come true.  When she’s not on the radio, or backstage at the biggest country concerts,  Whitney loves the outdoors, redecorating, napping, and Mexico. Her furry kids, Paloma, Mattie and Flue (the dogs), and her too many cats keep her busy. Luckily, even without a degree in veterinary medicine, with the power of radio, she still gets to help animals through different charities. And, in keeping her promise to never sound like the girl that wants to steal your boyfriend, she’s got a man of her own. 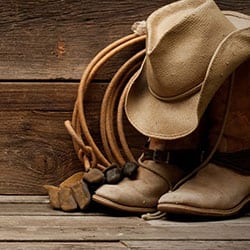